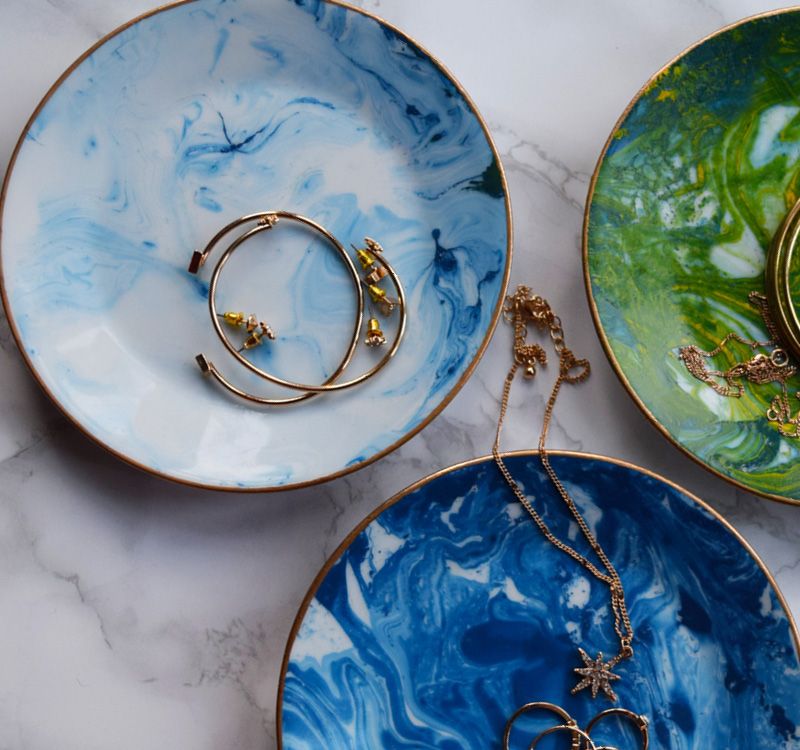 All Round Creative Junkie, Cheryl Lumley brings us another fabulous tutorial – this time for marble trinket dishes to die for!

“I remember doing marbling on paper when I was younger and I’ve wanted to try this out on something other than paper ever since. It was a bit of an experiment but I know that basically the oils in the paint keep the colours from diluting with water and instead they sit on the surface. 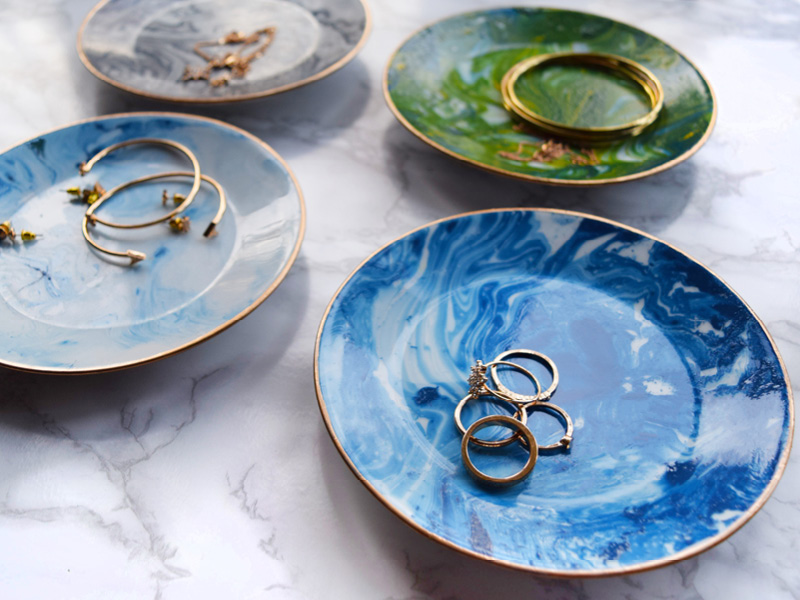 I went for a few colours to test out different patterns and techniques. I used Rust-Oleum Universal All-Surface Paint in Canary Yellow, Sunset Orange, Cobalt Blue and Slate Grey. 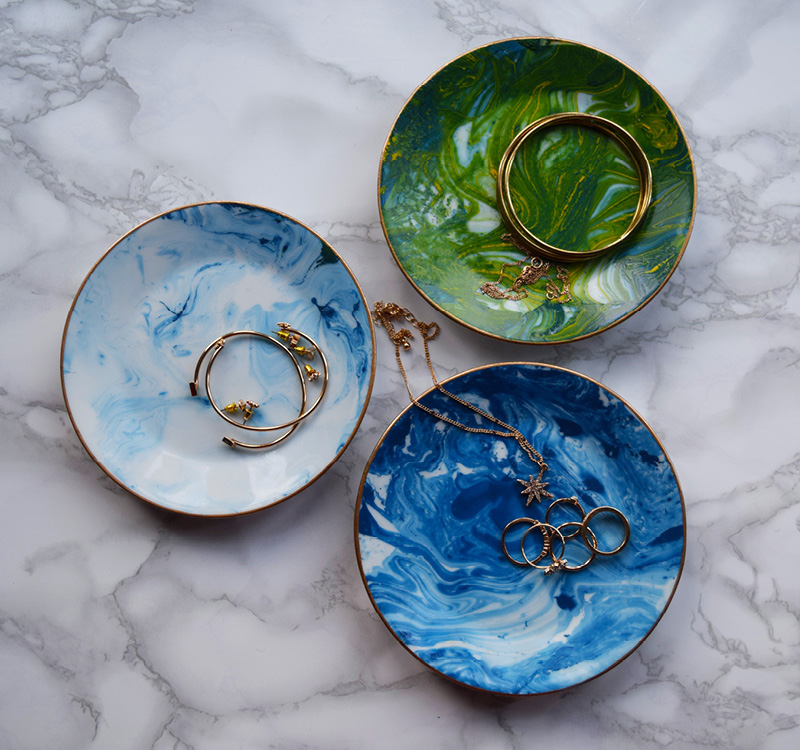 As this was a bit of an experiment for me I tried it out with a few polystyrene plates to make sure it would work before tackling the real thing. You can use old plates or dishes and try the same technique on any crockery, but I bought some cheap plates for £1 each from Ikea.

Like all art it’s about practice and getting the result you’re after. The end result is amazing though, this may be one of my favourite upcycles yet!”

What you will need